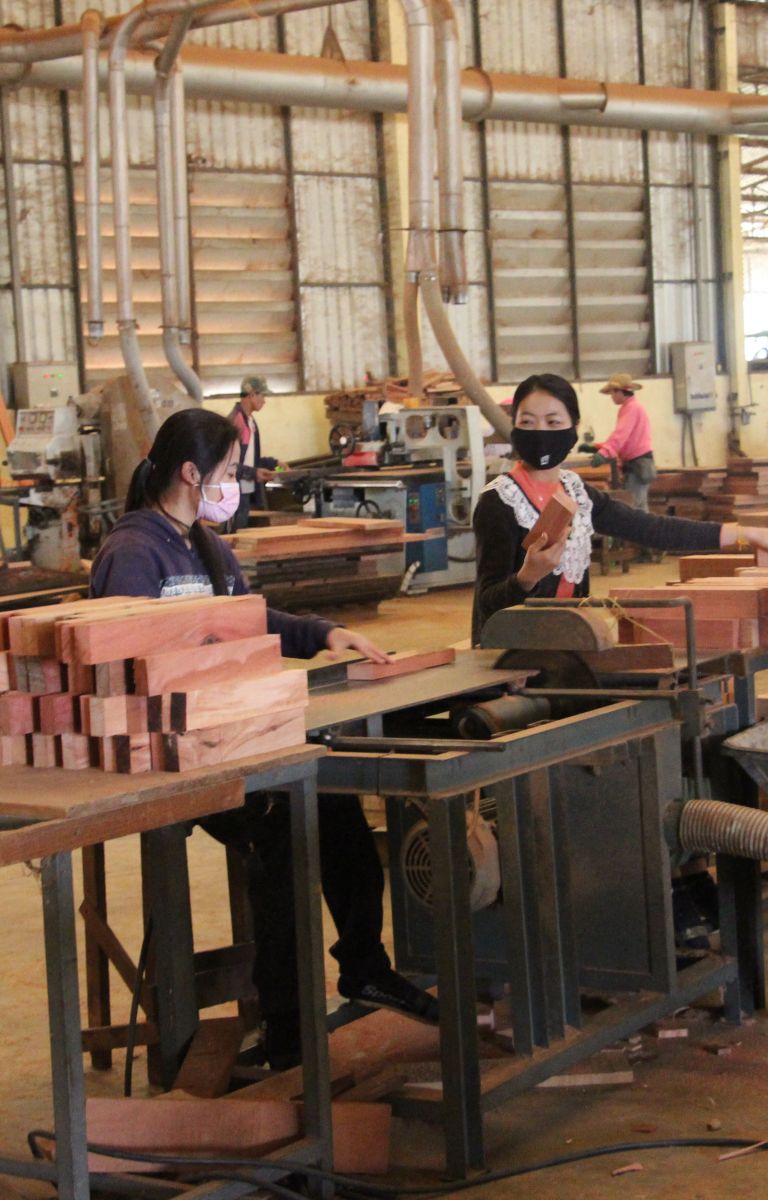 For workers in the small sawmills or furniture factories of Lao People's Democratic Republic, conditions can be far from fair. The company that employs you could suddenly close, leaving you in need of a new job. In companies that are running, if you are a man, your boss might expect you to operate heavy machinery without proper safety training. And if you are a woman, the boss might pay you less than a man who does the same work. In each case, the boss would be breaking the law, but they might not even realize.

A burgeoning partnership between Lao PDR and the European Union (EU) could force a change, boosting gender equality and improving work conditions by ensuring compliance with the law. But as a new study by RECOFTC shows there are also risks of unintended consequences for small businesses and their workers.

Recent years have been a testing time for such businesses, as Lao PDR has taken steps to stamp out illegal logging and related trade. In 2016, for example, Prime Minister Thongloun Sisoulith issued an Order called PMO15. Among other things, it imposed a moratorium on exports of logs and timber, suspended logging in production forests and strengthened controls on timber transport, processing and trade.

While PMO15 was well-intentioned, it led to the closure of many small sawmills and wood-processing factories. In 2018, the Vientiane Times reported that 349 out of 1,500 wood processing plants and more than 1,000 of 1,178 family-based furniture plants had closed as a result of the order.

PMO15 came amid Lao PDR’s ongoing negotiations with the European Union (EU) towards a Voluntary Partnership Agreement (VPA) on forest law enforcement, governance and trade. Under a VPA, Laos would commit to verifying the legality of its timber product exports to the EU. By strengthening controls over the supply chain, the VPA is likely to have big implications for small businesses and the men and women working in them, as did PMO15.

Conscious of the potential risks and opportunities, a team from RECOFTC set out in 2019 to assess gender equity and social inclusion in small businesses in the context of the VPA. They focused on Xayaboury Province, interviewing workers and managers of six wood processing and furniture factories, including two that closed because of enforcement of regulations in support of PMO15.

Many small wood-processing companies in Xayaboury Province struggled in the wake of PMO15 and its enhanced enforcement of regulatory requirements. Out of 111 factories there, for instance, only 26 could meet the criteria of the Ministry of Industry and Commerce’s 2009 Decision on Timber Processing Manufacture Standards. Another 57 factories withdrew their licence and closed their business voluntarily, while 28 factories were closed down by the authorities because they did not meet the standards.

The RECOFTC study noted that some officials think that many small and medium-sized enterprises shut down after PMO15 was introduced because they did not want to abide by the law. But the research suggests that it was actually because these companies lacked the resources needed to comply with the legal requirements and meet the costs associated with registrations and inspections.

The smallest businesses were the most vulnerable because they lacked the information, resources and flexibility needed to adapt quickly. Compounding this, the costs of legal and regulatory compliance are disproportionately high for smaller companies. 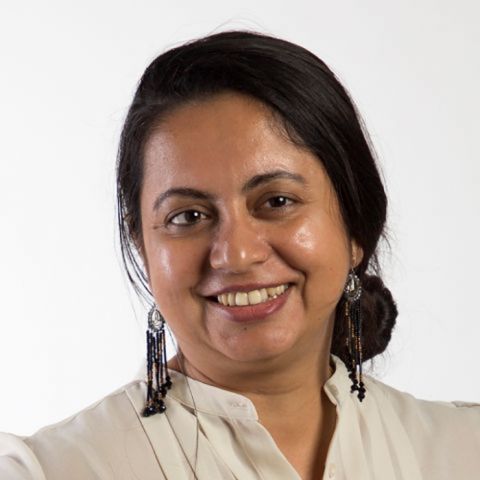 The disparities in men’s and women's roles, salaries and safety are rooted in broader traditional, cultural and social arrangements.

The researchers also found big differences in the wages of men and women, even those doing similar work. In one business, women received 1,507,455 Lao Kip a month on average, but men got 2,796,154 kip. While many women received less pay than men, the men were often exposed to greater risks of physical harm because of both the jobs they are assigned and a lack of safety training.

“Lots of injuries occur here,” said one worker on a production line. “But no induction training was implemented at the beginning.” A colleague added: “This job is strenuous and, as a forklift driver, not receiving proper training on equipment sets up difficult working expectations for me.”

“There are social norms around forestry and women’s roles,” she says. “Forestry work is seen as a ‘hard’ work and men are assumed to be ‘fit to do this hard work’. This affects what roles men and women should do. Men are naturally seen as doing the hard work, and women are seen as having a supporting role.”

Despite this, the Lao legal framework says men and women should have equal pay and equal rights to employment opportunities and safety at work. However, there is limited awareness of these rights, particularly among smaller companies. Meanwhile, the labour law is only weakly enforced.

At the civil society meeting on 11 August 2020, ahead of the fourth FLEGT VPA negotiation between Lao PDR and the EU, Khamphoui Xaythalath from Participatory Development Knowledge Agency talks with Mali Inthirathvongsy from Gender Development Association.

The VPA could help, but it could also entrench the current situation. That’s because its negotiation process involves developing a definition of legality based on selected laws and regulations that apply throughout the supply chain. This means a VPA is an opportunity to not only address illegal logging but also to achieve social goals, such as safeguarding against risks of small companies closing and improving conditions for women and men working in the timber products sector. But it also means that if the VPA legality definition does not adequately address discriminative wages, safety risks and social norms, they will persist.

Giri says the RECOFTC study provides evidence that civil society groups can use to advocate for changes to the VPA legality definition. 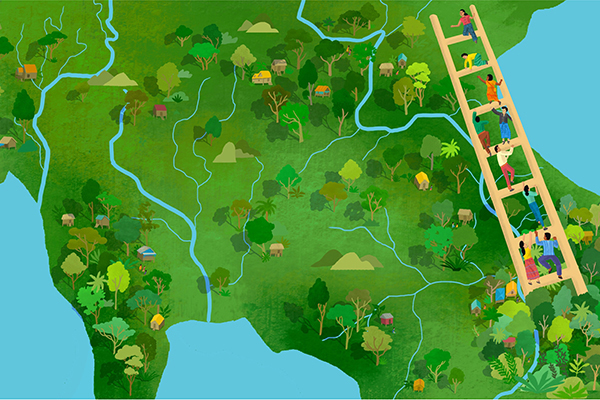 In recent years, governments of Mekong countries have increasingly listened to the concerns of communities and civil society organizations that represent their interests as they reshape policies and laws governing forests.

“We already have clear proposals on what indicators are needed and why,” says Giri. “It also needs to safeguard small businesses, which tend to lose out because the existing policy and market discussions favour scale.”

For example, the legality definition could require businesses to clearly define the rights and entitlements of male and female employees, including with respect to equal pay, use of personal protective equipment and provision of training.

The VPA, once negotiated, would also lay out how the Lao authorities should verify compliance with the law. When fully operational, a VPA’s timber legality assurance system would only issue export licences to products from companies that comply with the law, and the EU would reject any products without such a licence.

Giri says that while legal compliance is desirable, a VPA could still raise new challenges when it comes to implementation. As experience with PMO15 shows, there is potential for small businesses to face unforeseen harm. If the VPA is to address gender inequality and social inclusion, it will be certain to impose more demanding standards. While larger companies would be able to meet such requirements, the smaller ones are likely to struggle.

Manilay Thiphalansy, project officer for RECOFTC’s Voices for Mekong Forests project, says that to mitigate against this risk, the government should provide incentives such as tax breaks for companies, particularly smaller ones, that comply with policies and laws. She also says the government should set up a system to monitor how policies affect workers and businesses, and provide training on workplace safety and on how to produce quality finished products.

“Companies need clear policies ensuring that all new staff are trained and understand occupational health and safety, so they can ask for protective equipment,” says Thiphalansy. “Companies must also be transparent about wages for different types of work. This could motivate women to take on new roles, not just sanding wood and finishing products.”

The fact that PMO15 took many small businesses by surprise highlights the need to inform them about the VPA.

“It is a communication challenge,” says Thiphalansy. “Small businesses need considerable guidance on the law and how to comply with it.”

Giri agrees that, in the context of the VPA, more must be done to inform, engage and protect such companies.

“A policy instrument should be as protective as possible, and as explicit as possible,” she says.

Giri points out that almost 70 percent of enterprises in the Lao timber sector are small or medium-sized companies that have received relatively little attention compared to larger companies.

“I see that they are left out,” she says. “They are the ones facing impacts because of implementation loopholes. How do we bring them into the discussion? I would like to see more actions to connect them with the VPA process.”